Jenis work has been featured in a number of publications throughout the years. Her first appearance was in Equestrian Retailer after her filigree horse necklace and earrings set titled, Guinevere, won the industry-wide AETA Innovation Award in 2007. Tack and Togs, a publication catering to retail tack shops, was soon to follow adding the award-winning pendant to one of their gift guides.

Since her debut in print, Jenis work has been included in the American Rifleman, the New River Valley magazine as well as multiple issues of Tack and Togs and the Elite Equestrian. Various blogs and online sources have recognized her innovative designs as well. It should also be noted that as a small arts business, Jeni does not have the budget to pay the immense fees often required for publicity. All of the attention Jeni has received from the media has been solely based on talent and the innovation and quality of her designs; none of the articles were paid publicity.

Jenis hollow seamless filigree has earned several product highlights and articles. As such an unusual and complex process they are certainly worthy of praise and well worth the arduous efforts involved in creating such complex forms. The results of these efforts are of course stunning! Her Patented Pistol Petals have also received recognition in multiple magazines and online articles. The ingenuity of these charming floral designs caught the eye of a few editors and bloggers. Her debut line of Zodiac Ponies and one of her more elaborate custom endeavors have also made appearances in print.

Please enjoy reading some of these excepts and articles featuring Jenis work! 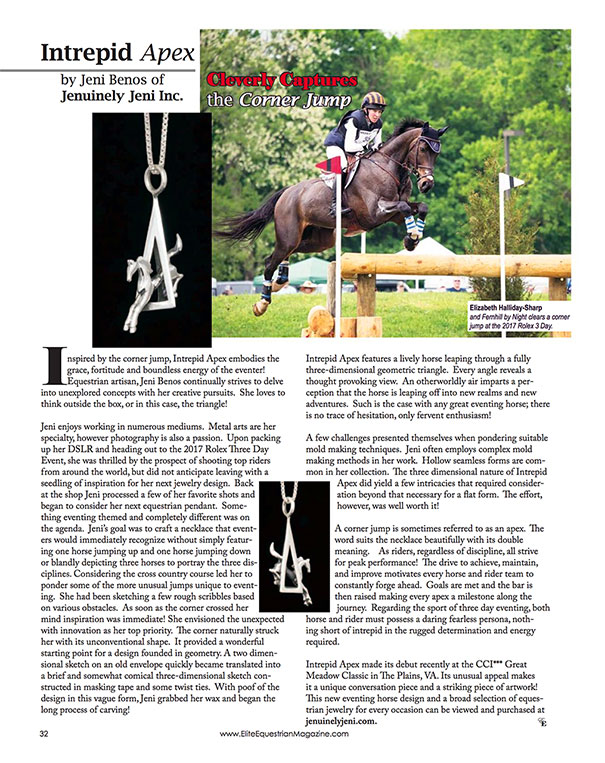 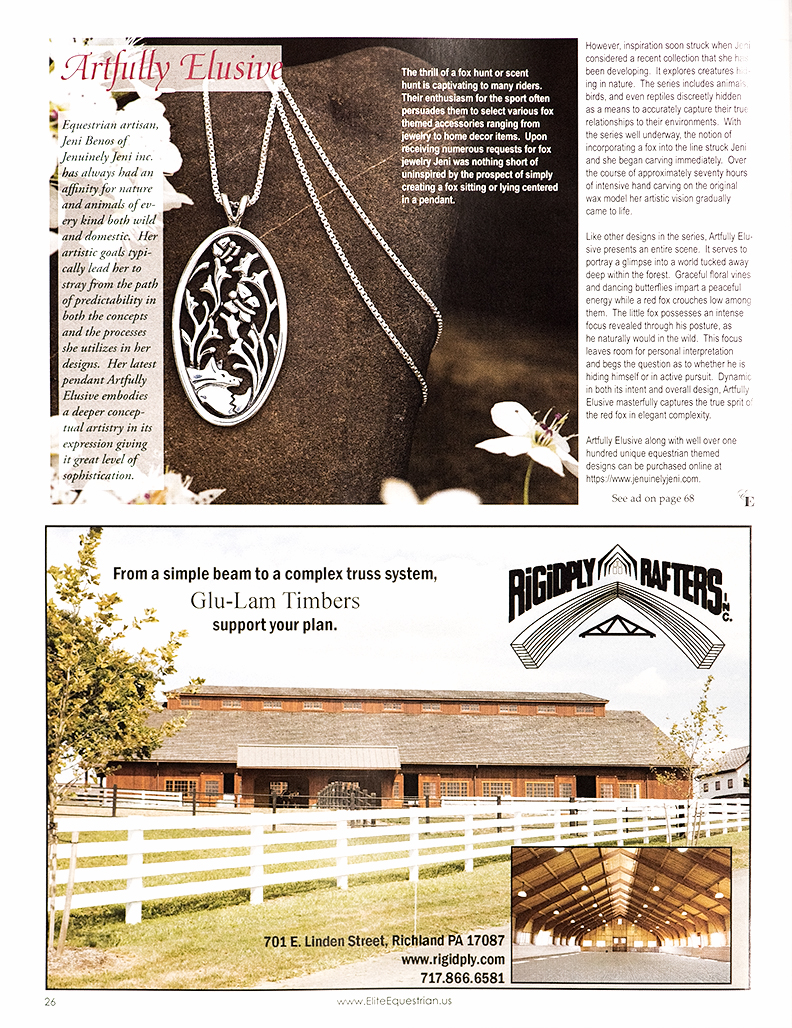 A Crowning Touch for the Equestrian Bride 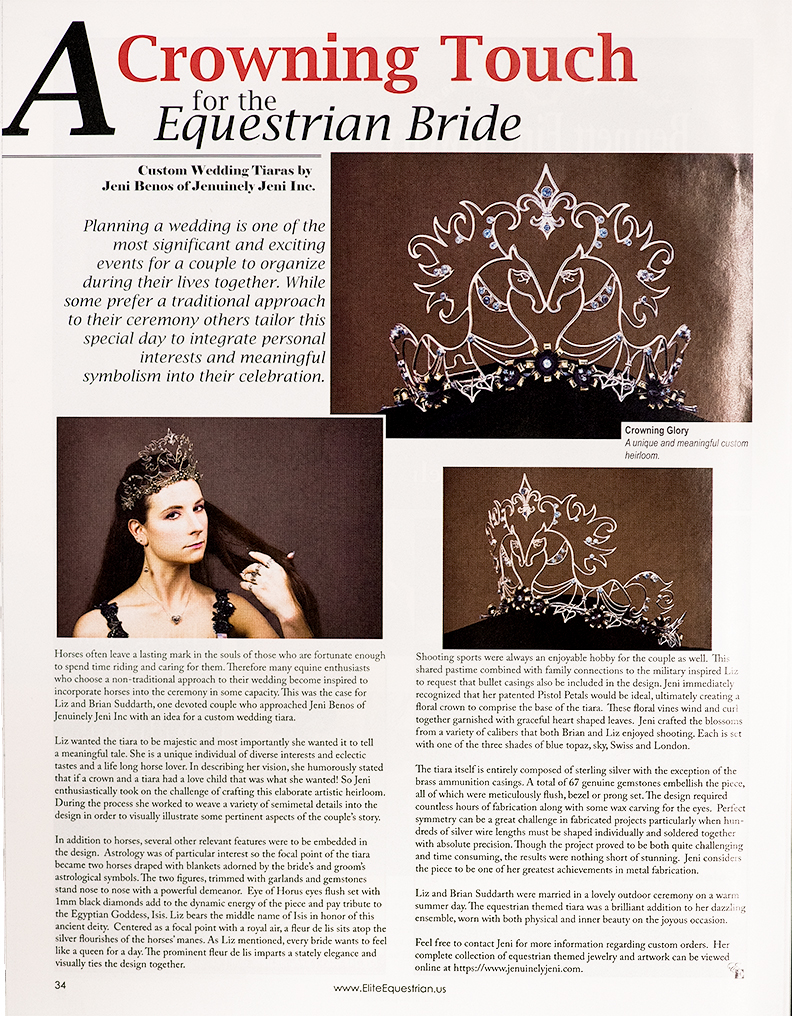 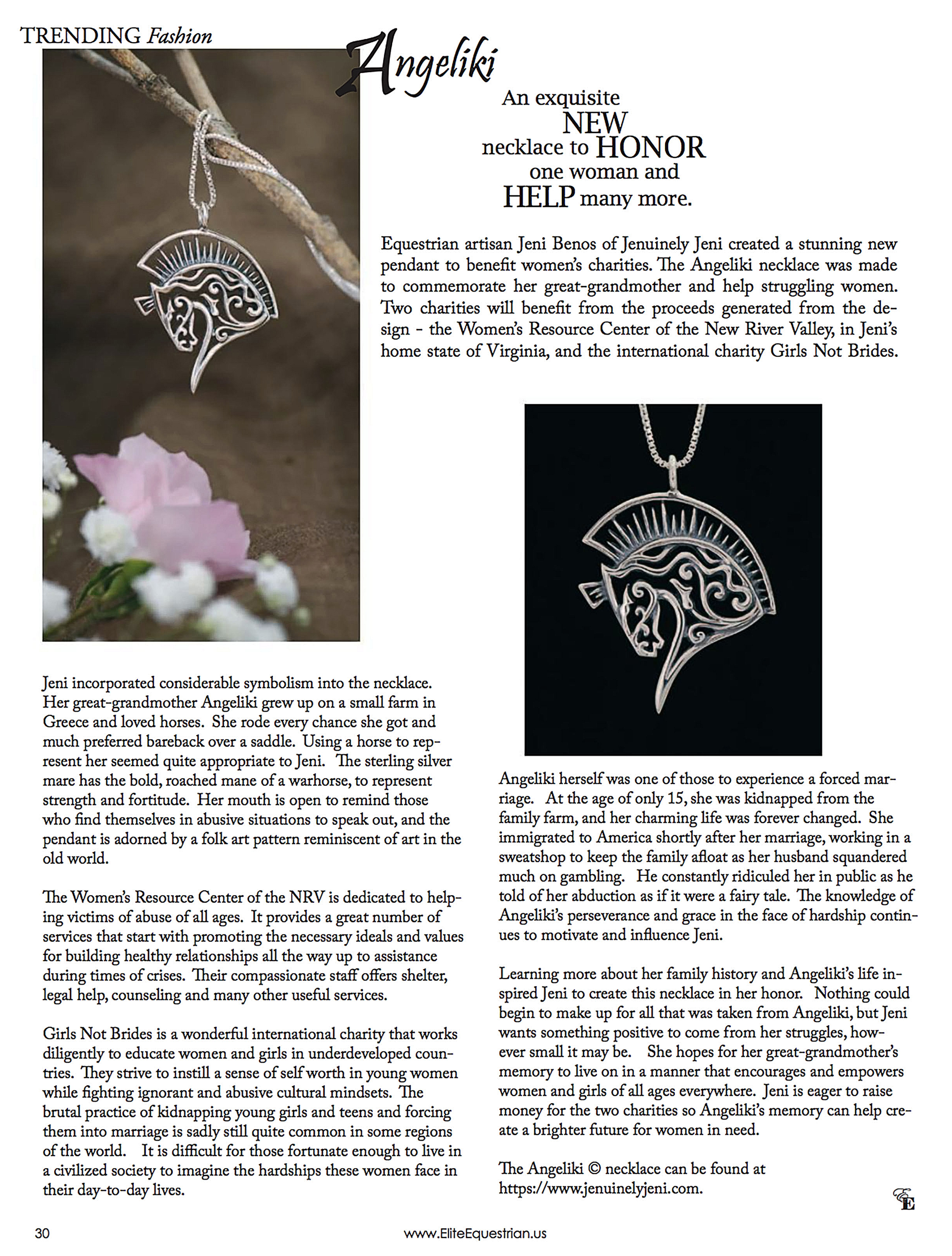 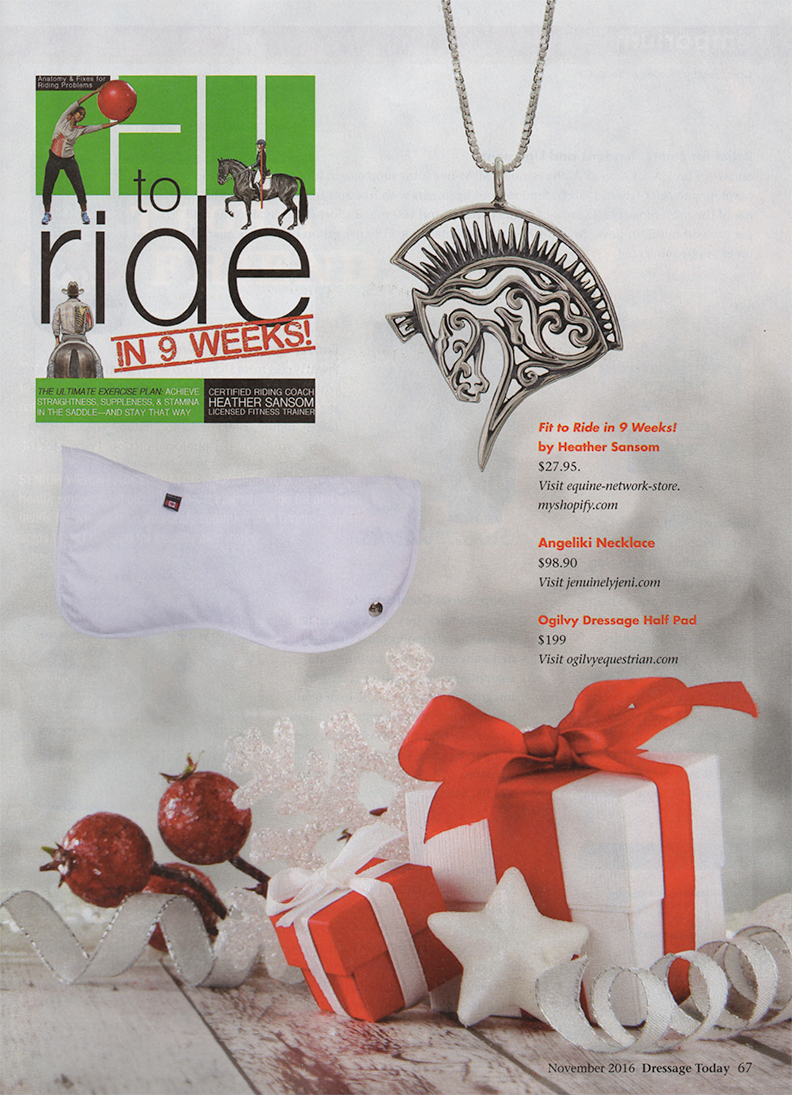 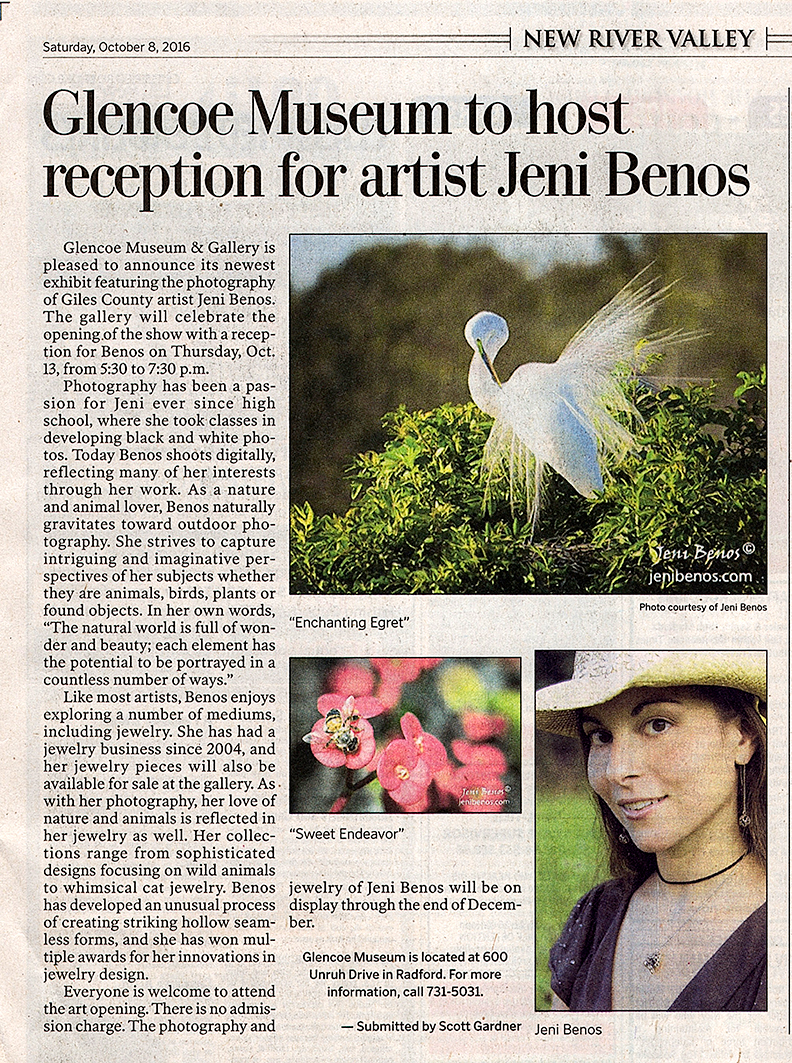 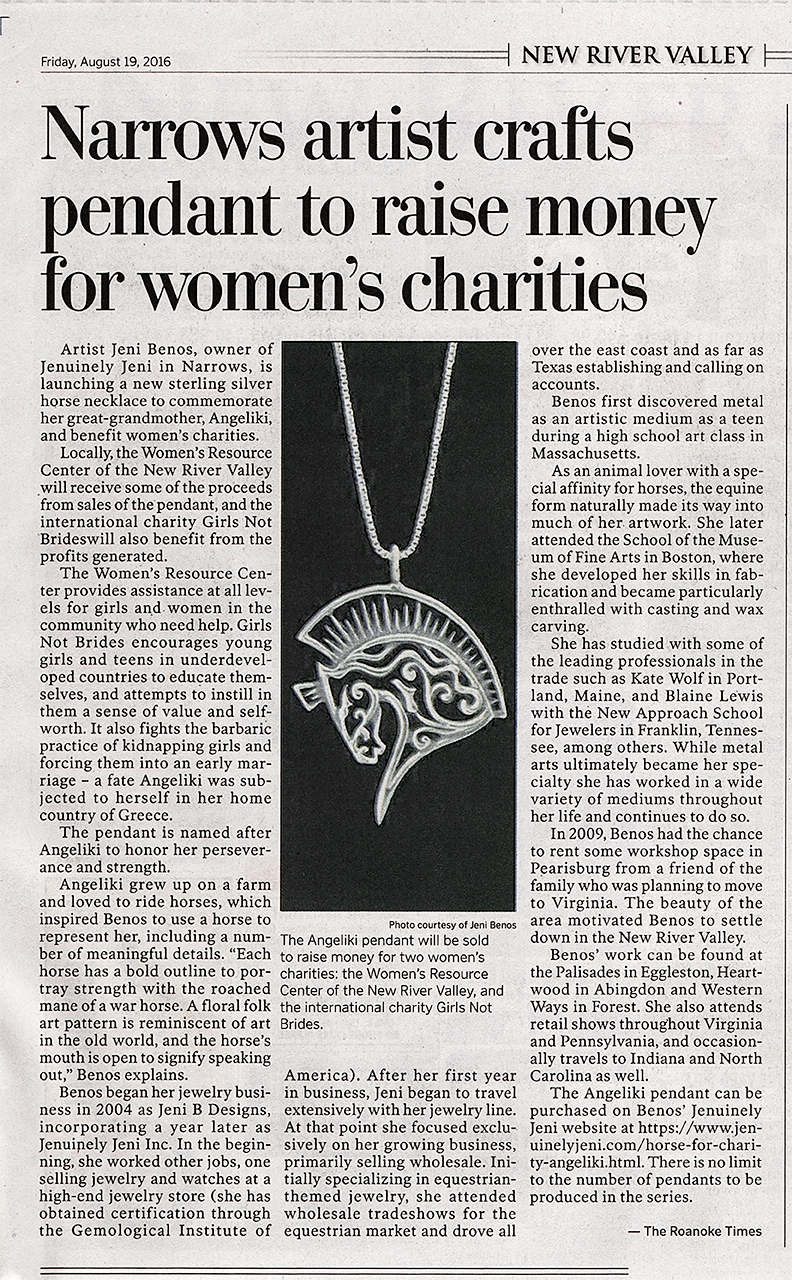 Elegance of the Piaffe 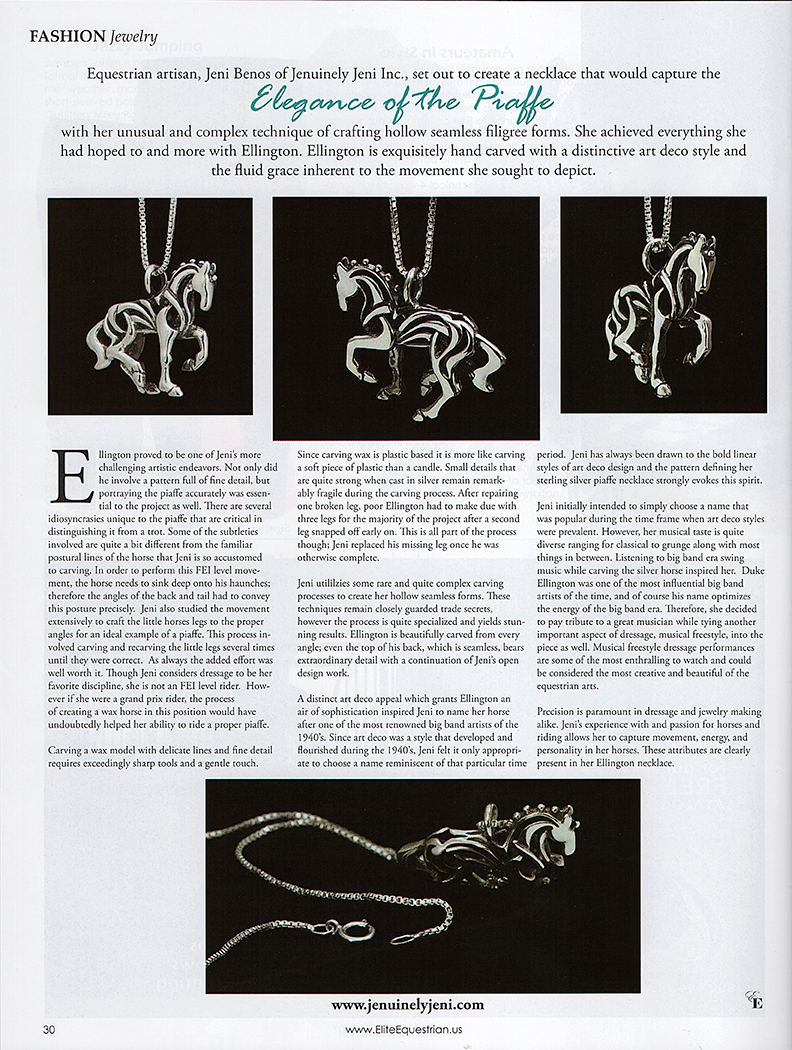 Must Have Holiday Gift Guide 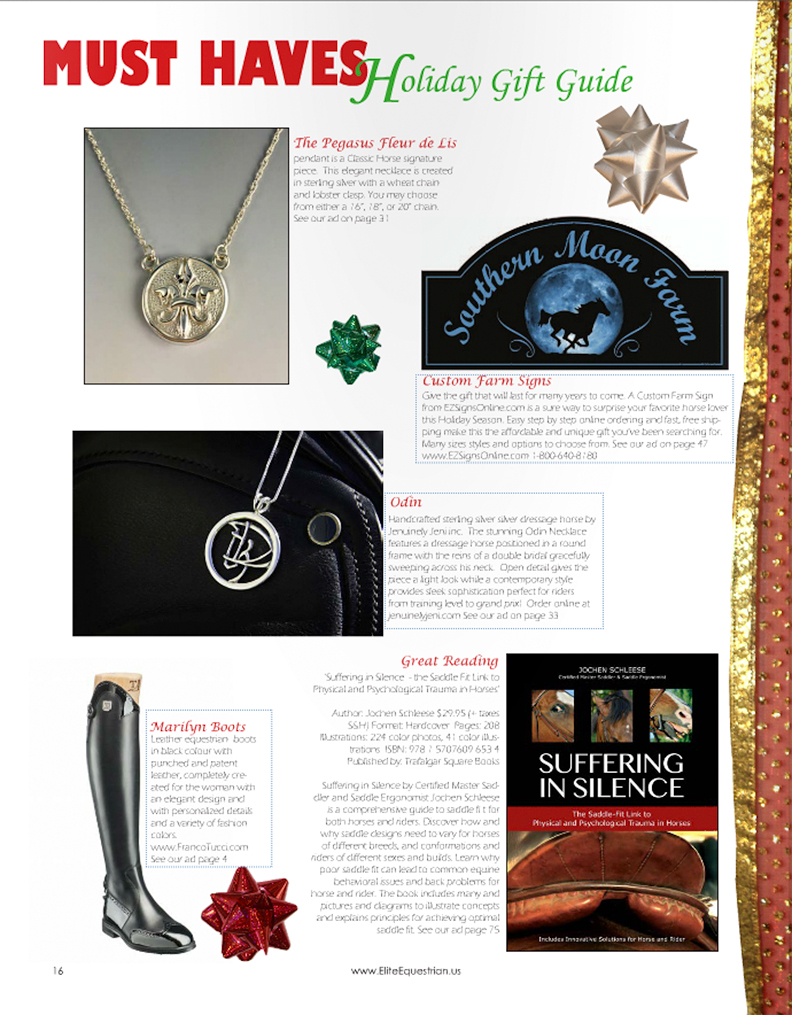 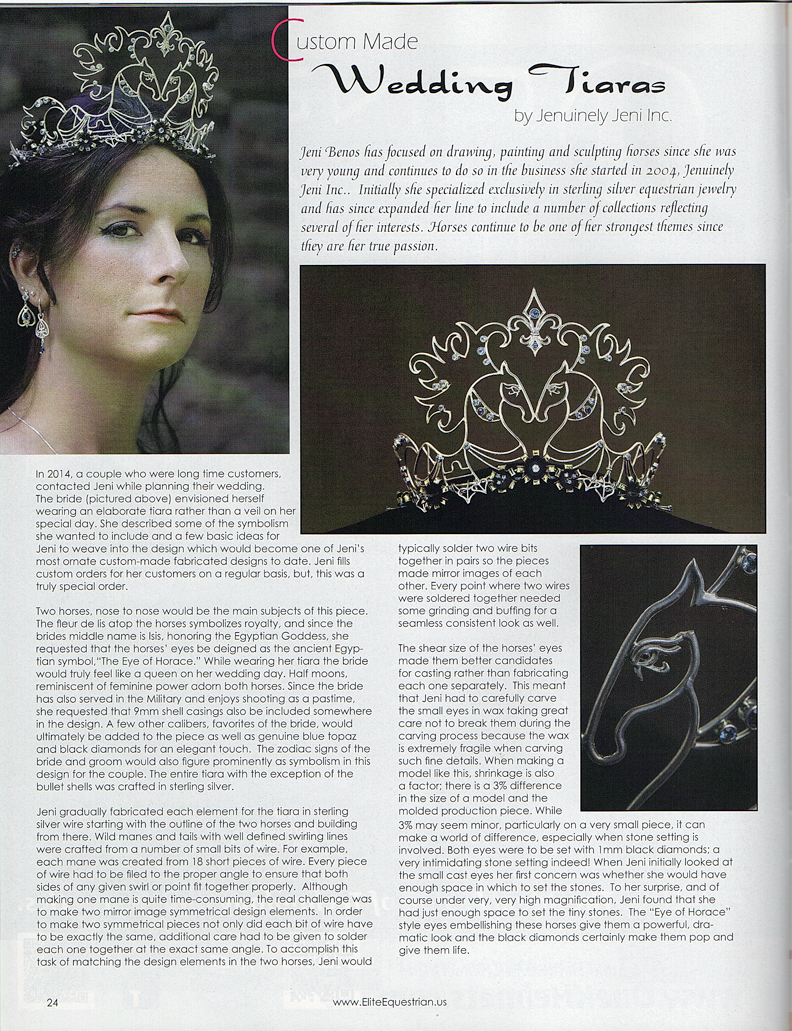 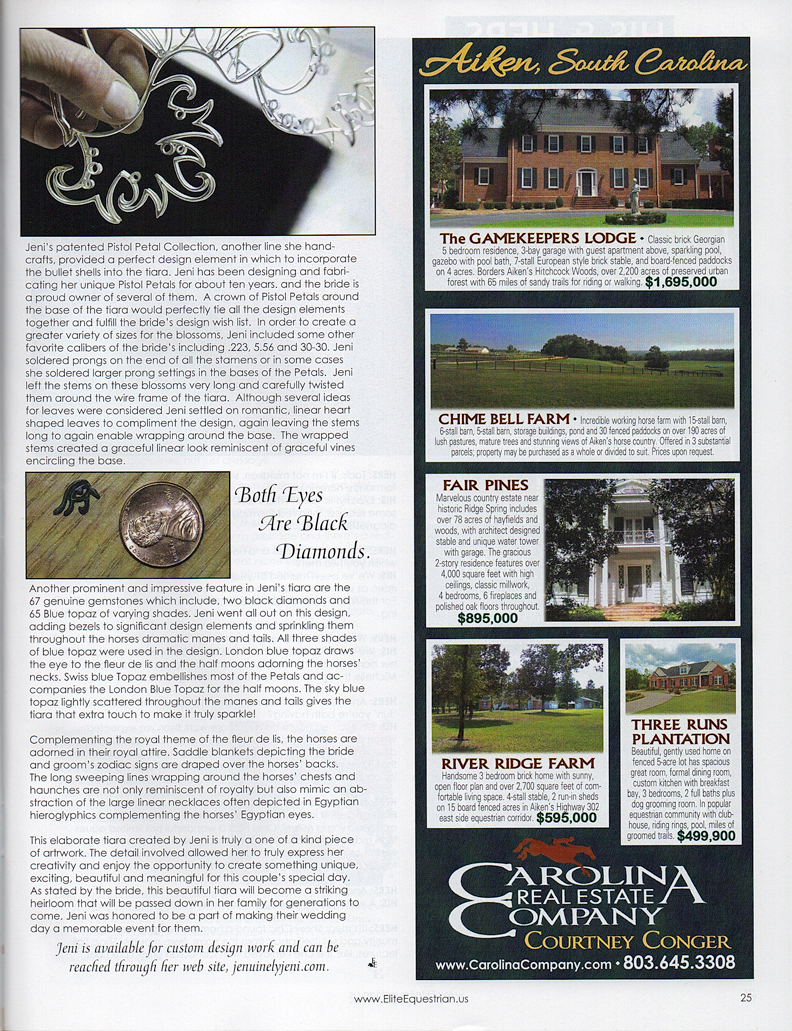 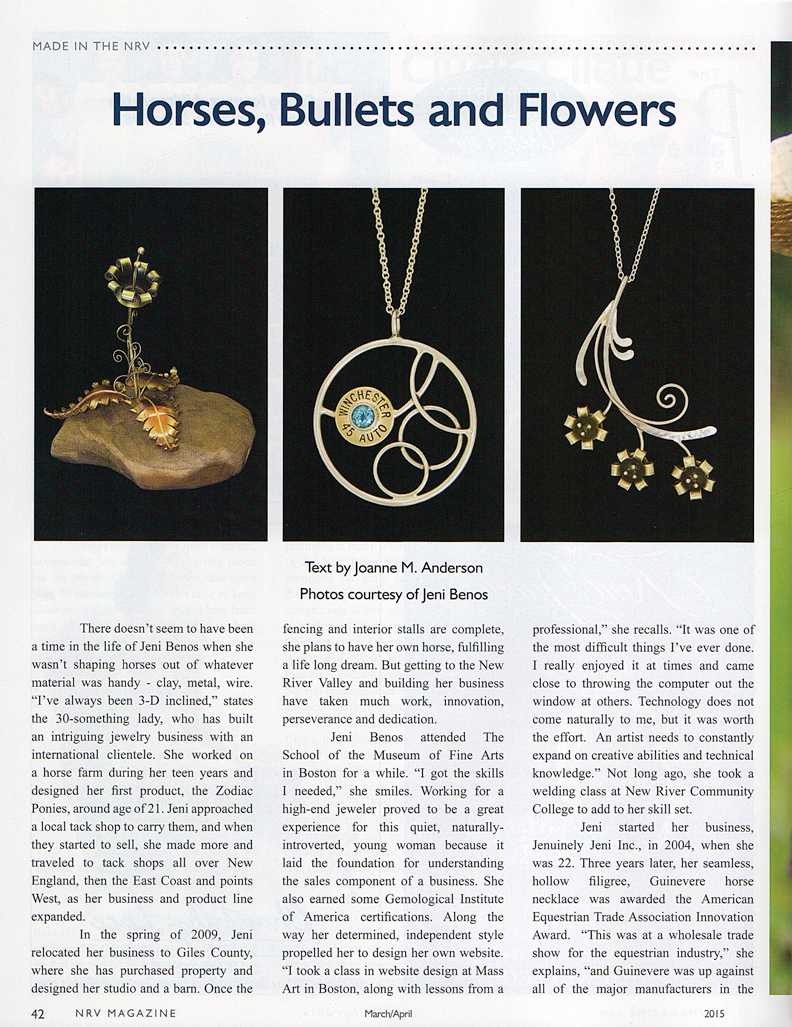 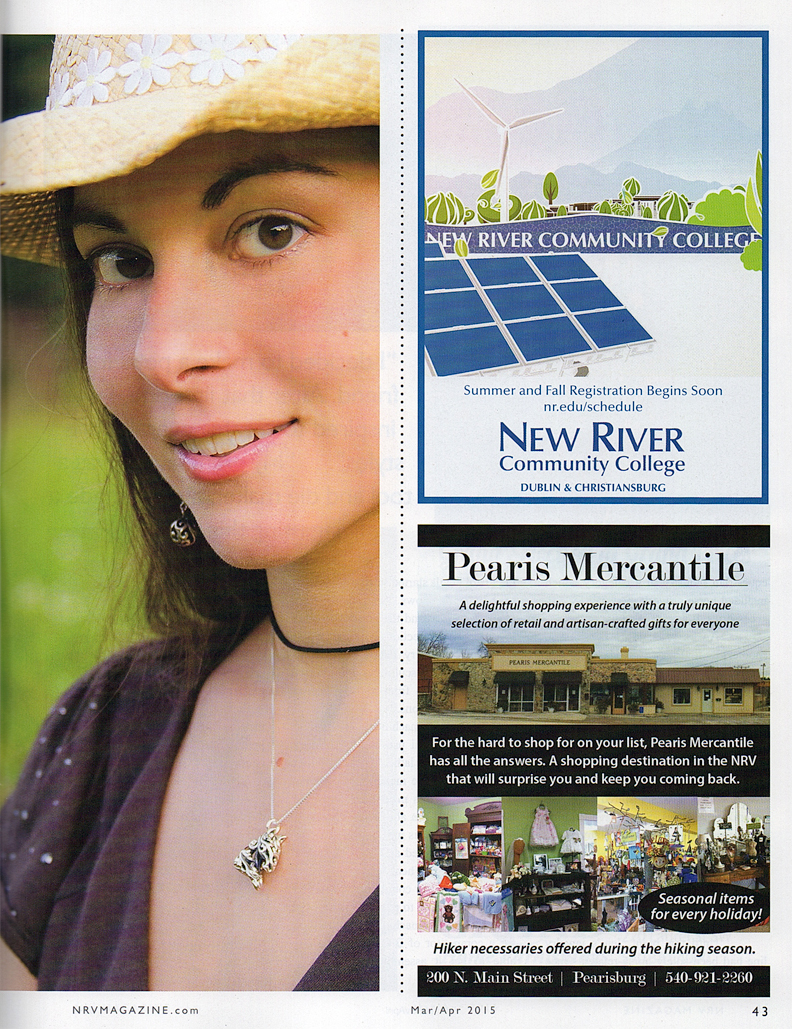 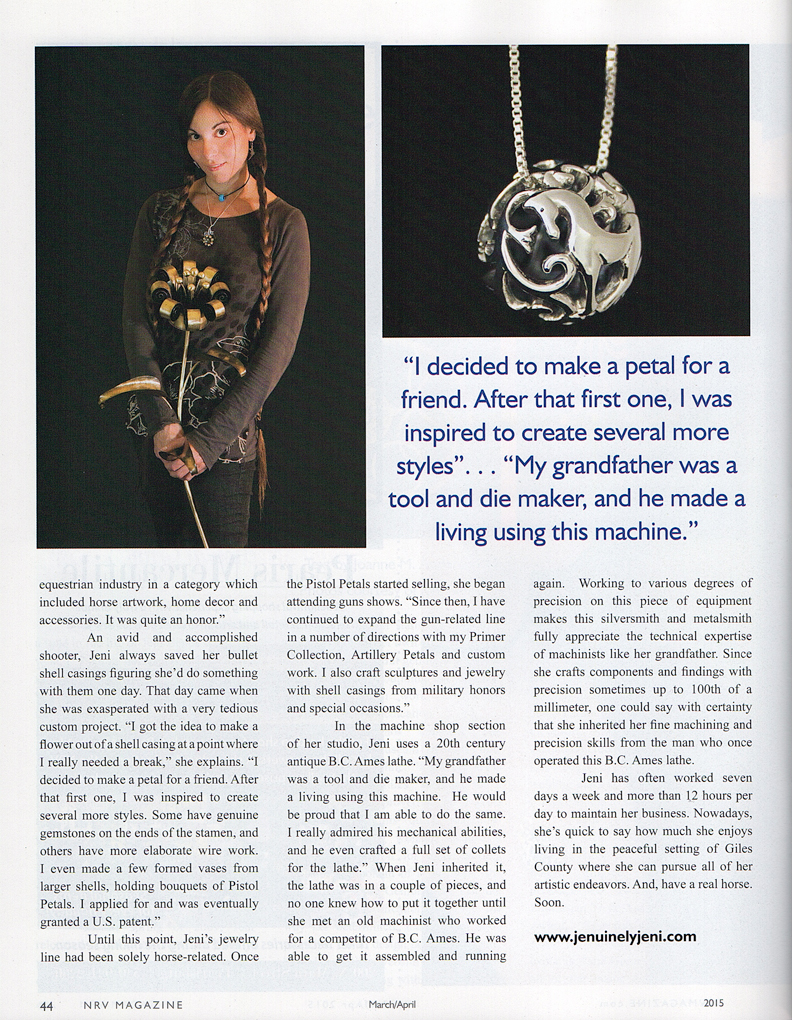 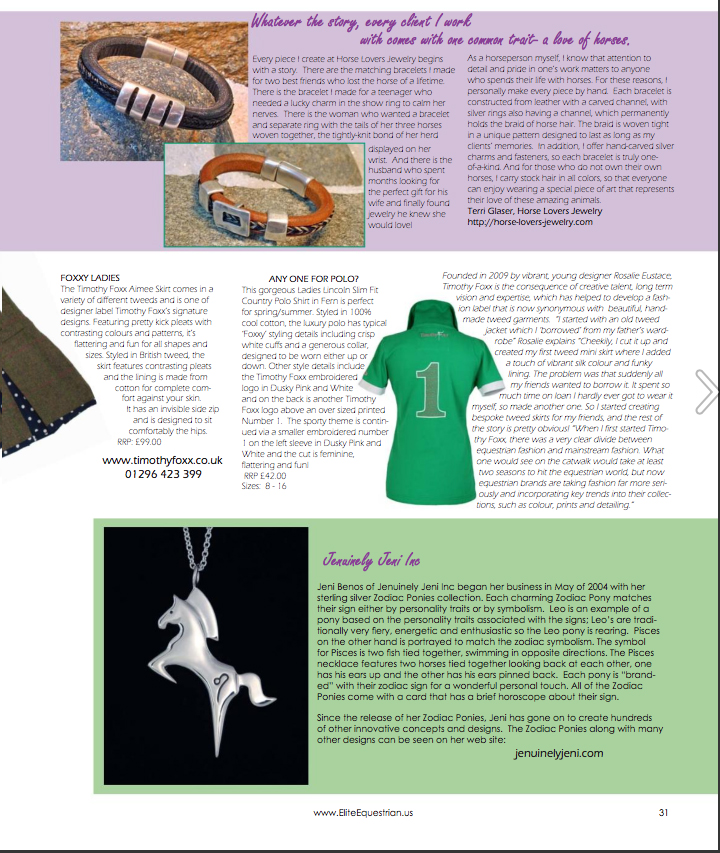 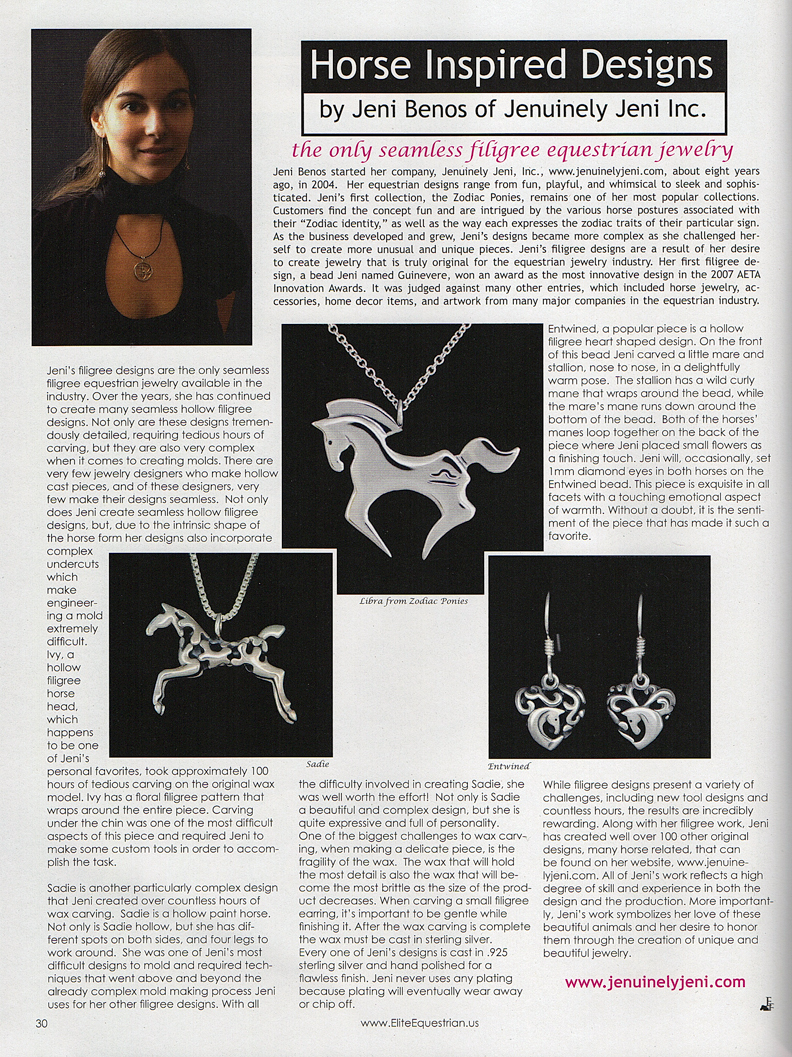 Great finds for that special equestrian in your life 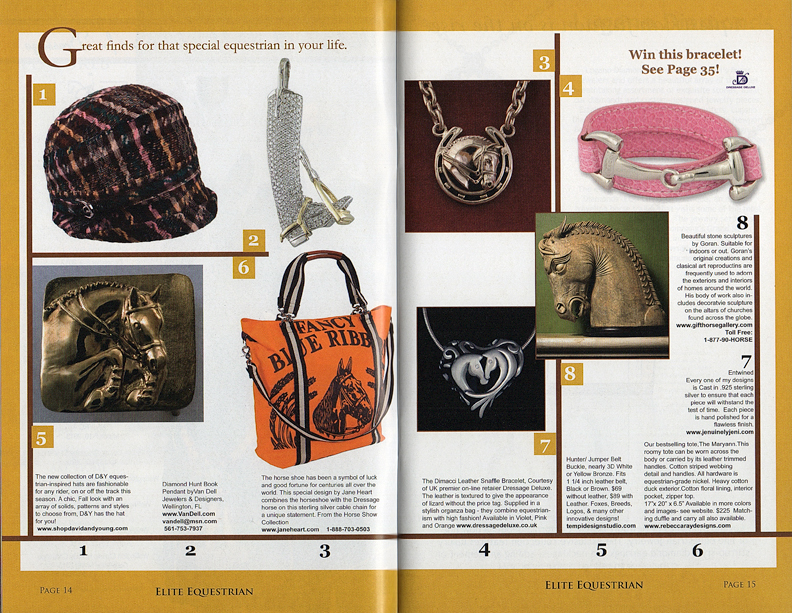 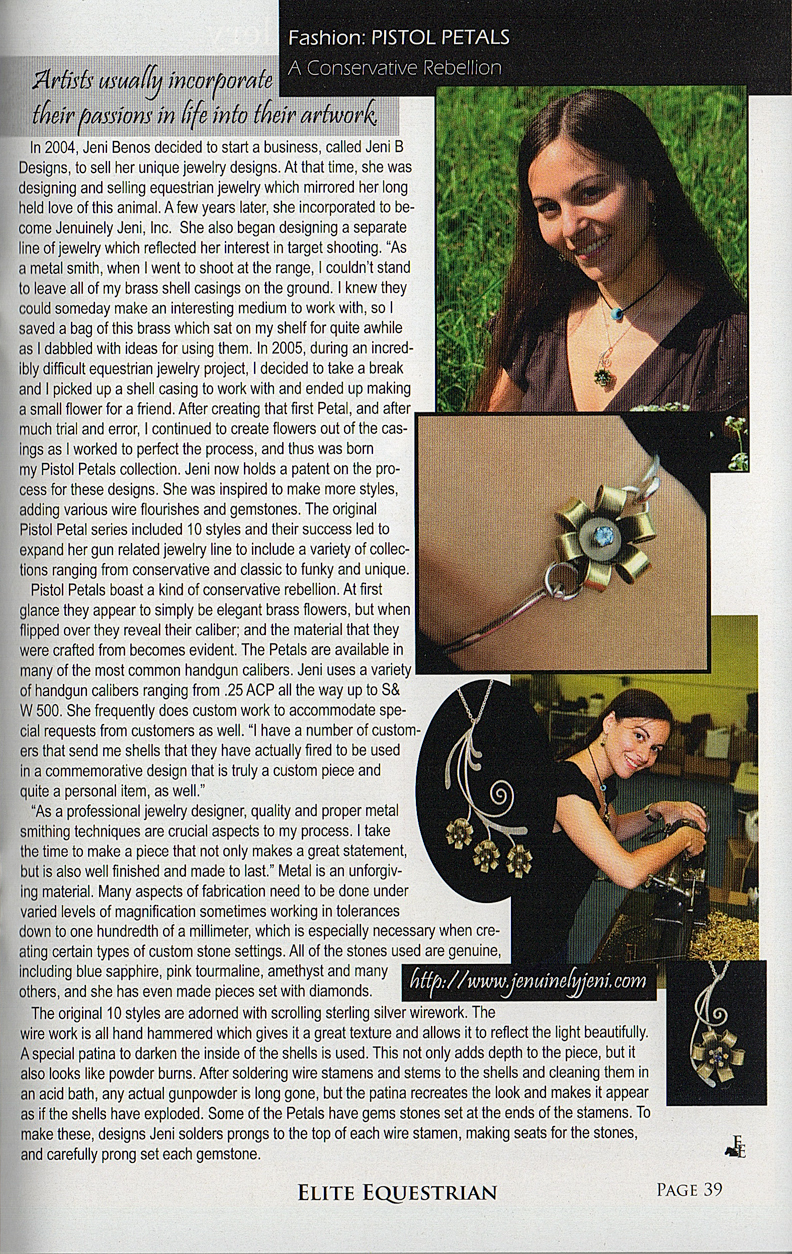 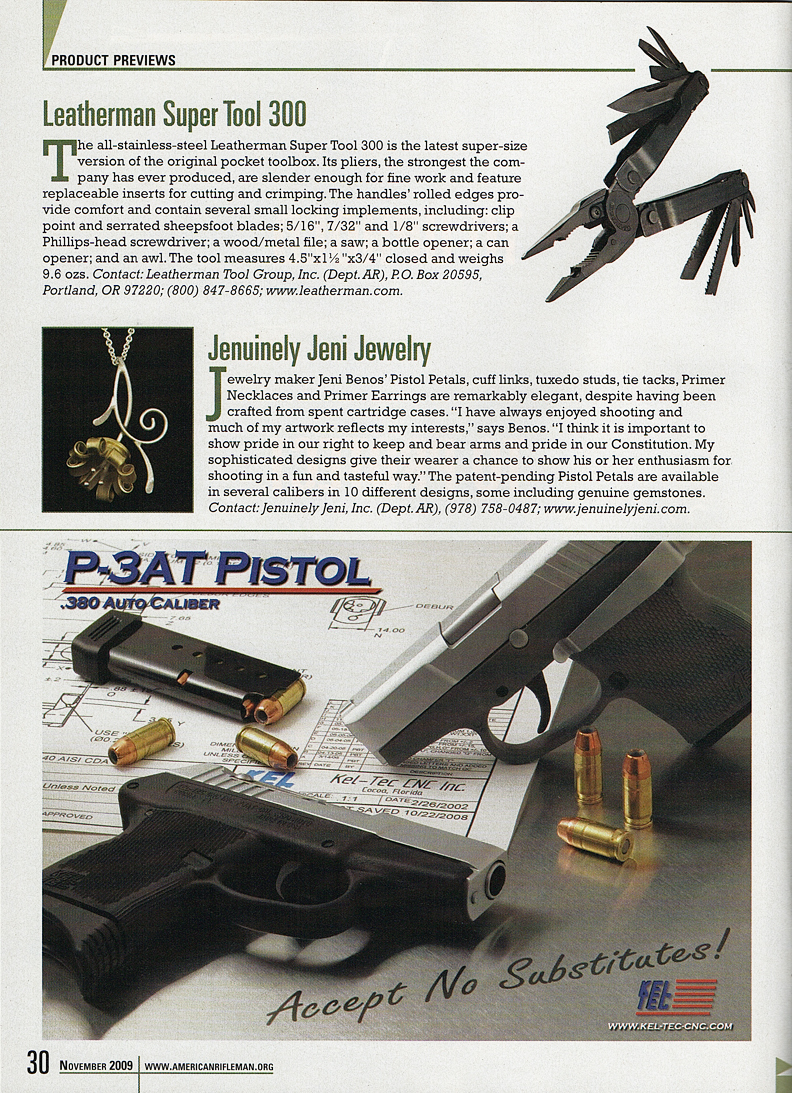 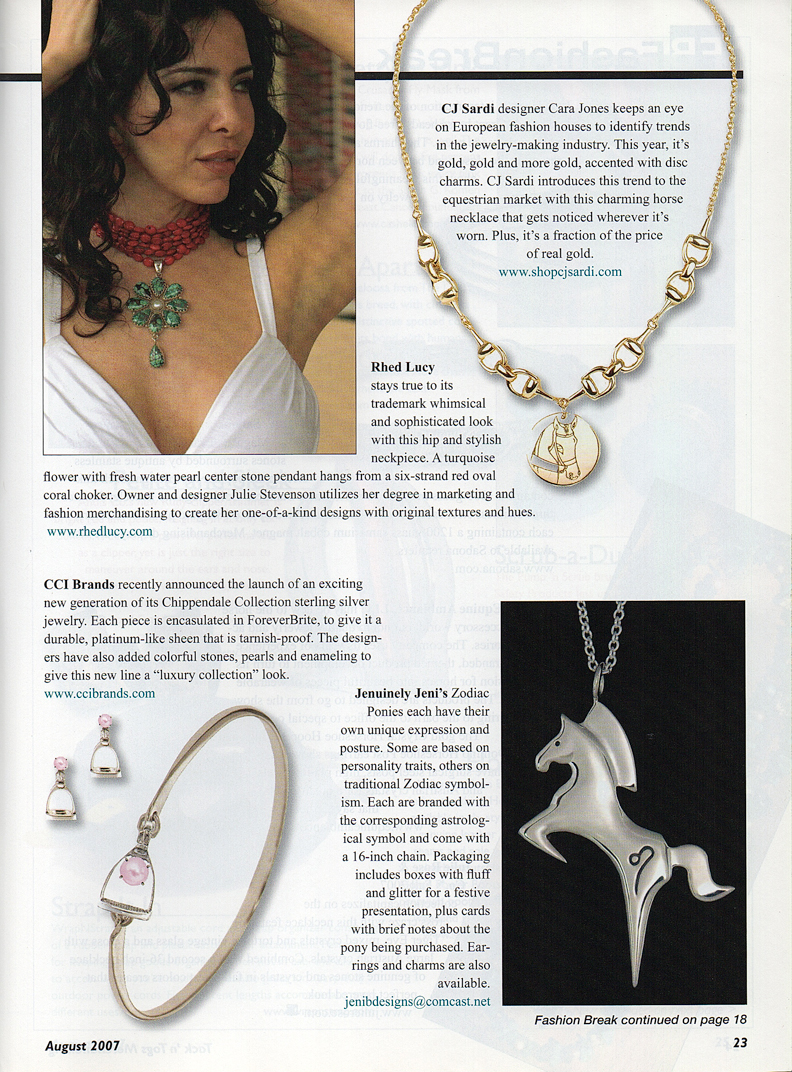 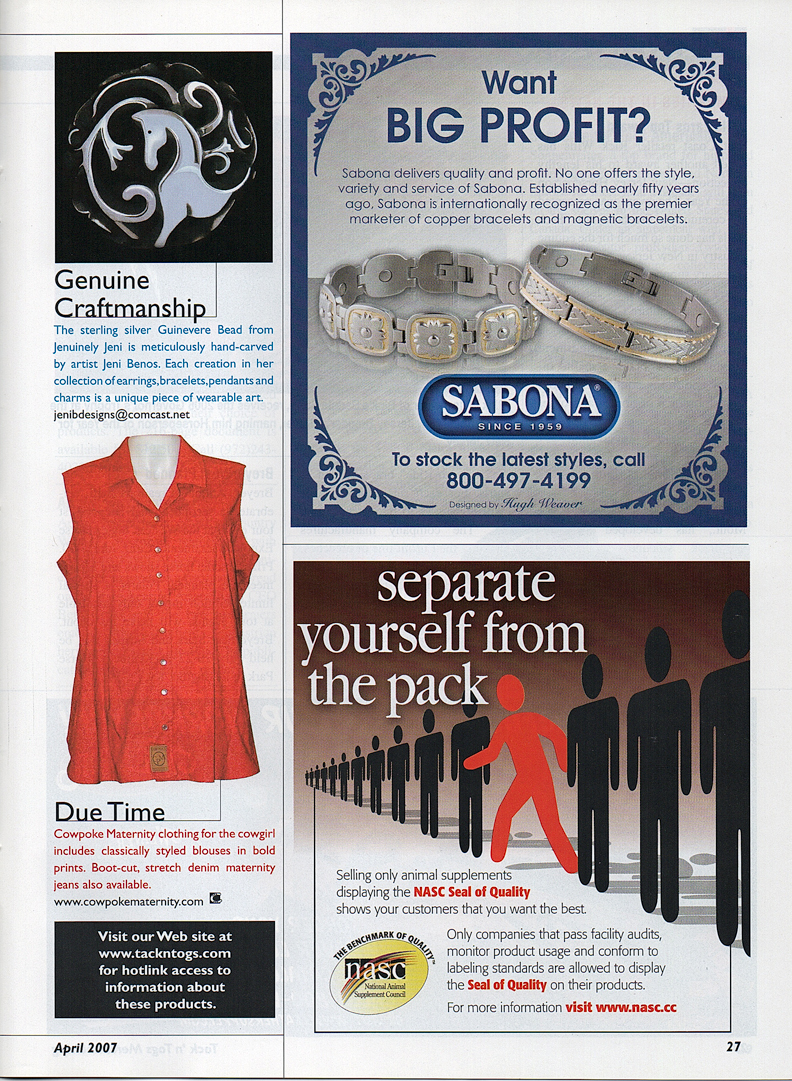 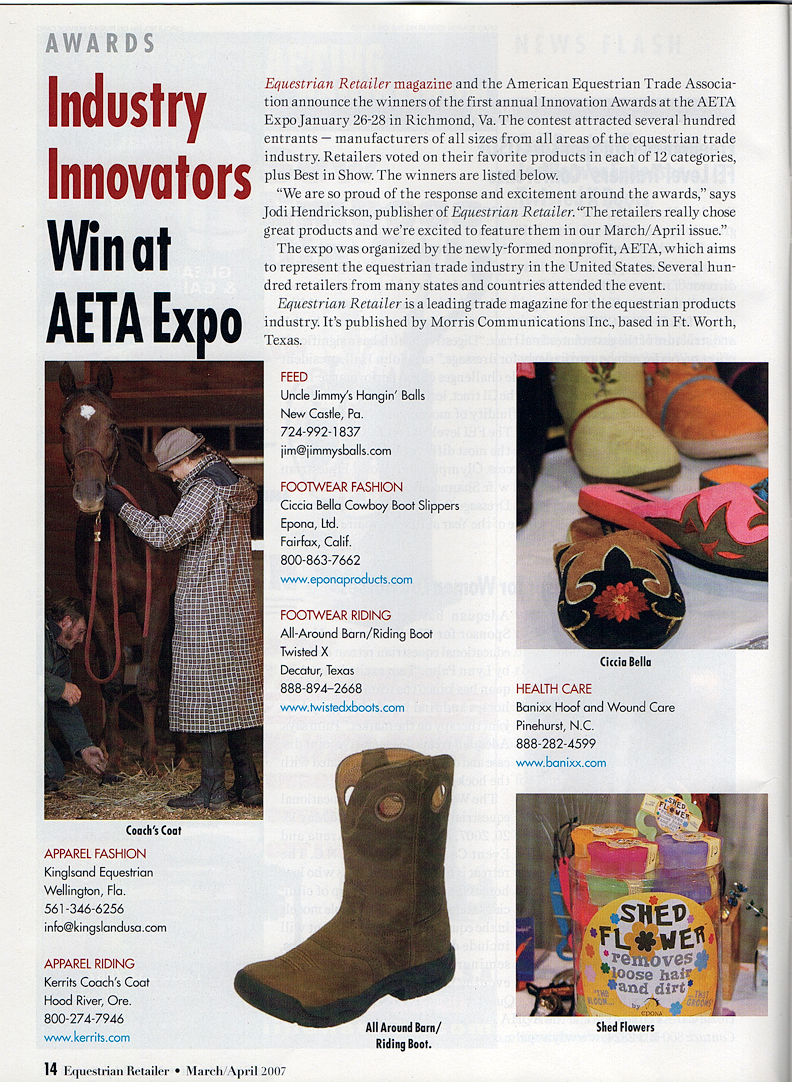 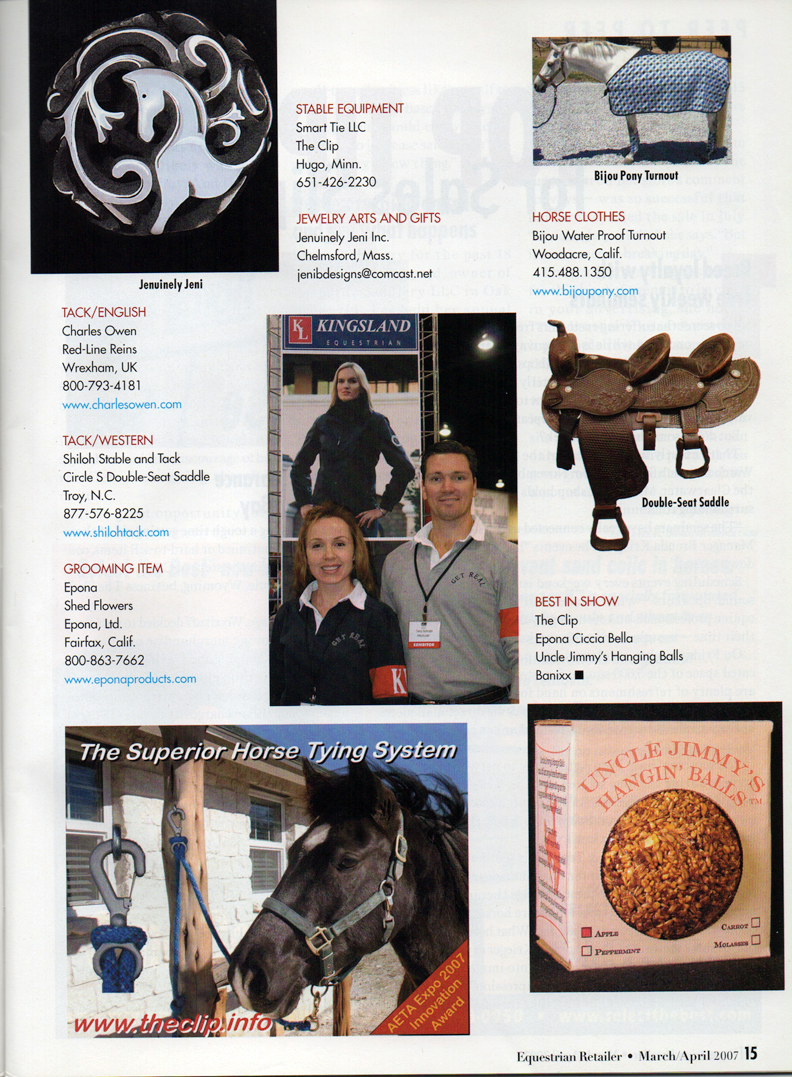