A modern twist on Trench Art, by Jeni Benos

Artillery Petals PAENTED are made upon request. Jeni has a variety of artillery shells to choose from including 40 bofor, 75mm, and 105mm, all have clean head stamps with dates. They make a perfect conversation piece, graceful, well crafted and innovative! They take an immense amount of time to craft, please understand, Jeni will need a few months to complete an order for one. Feel free to email Jeni if you are interested. 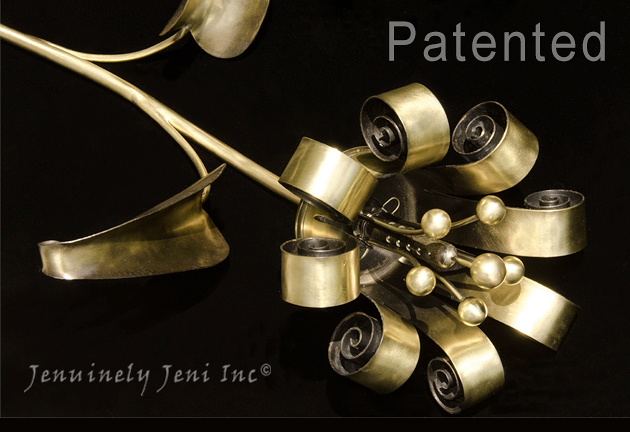 Jenis artillery shell art combine her exquisite craftsmanship with an unexpected and unusual twist. After many years of crafting her Pistol Petal collection, Jeni was inspired to once again, think outside the box and create something a bit bigger. Acquiring some artillery shells from both world wars one and two, she began to craft her Petals as large-scale sculptures. These sculptures range in size from one to three feet tall, Jeni has even begun one that will stand just short of five feet tall.


The older artillery shells provide a wonderful medium with a rich history, but they are also made of a quality brass alloy, which the current artillery shells are not composed of. Jeni even incorporates the original primers into some of the larger pieces. One casing had a pin around the primer, which inspired Jeni to create fake pins out of heavy brass wire to incorporate in with the stamen of these sculptures. 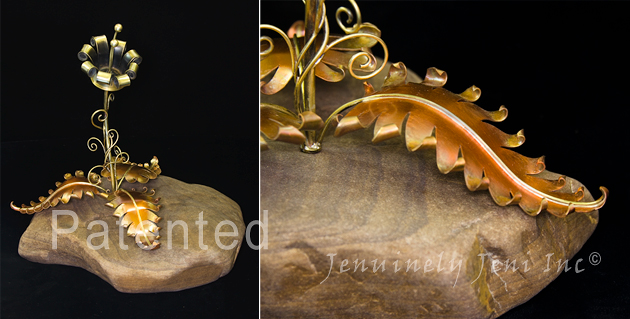 Jeni crafts the leaves for these sculptures in either brass, or copper which she later heat treats to bring out a striking array of colors. In one instance she crafted the leaves from another artillery shell by customers request.


The engineering process required to work with artillery shells is of course quite a bit different than the process employed to form standard ammunition cartridge casings. Jeni adapted her skill set and explored some different techniques including tap and die work, brazing (which is slightly different than soldering), and expanded her knowledge of forming. She was also required to make forms for some components like leaves. Forming can be done using a number of objects, some made specifically for a particular task and others that might be more unexpected. Jeni created some of her forms from wood, one was an old pipe with a smooth finish, the back of an old chair, and of course some tools were purchased specifically for forming. 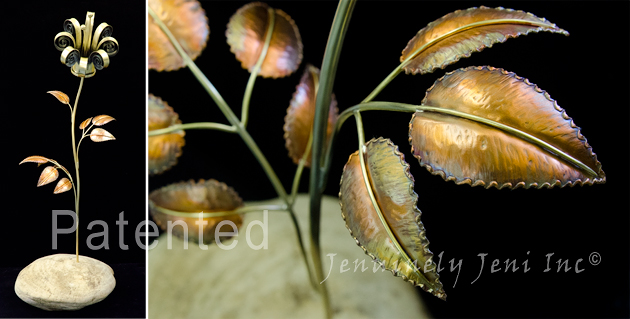 The issue of a base was something that eluded Jeni for quite a while, until she was struck with the idea to use a stone. Living along a creek provides Jeni with a wealth of smooth stones to choose from. Jeni carefully selects each stone used from Wolf Creek, in Narrows, VA. Drilling the stones initially presented a new challenge though. While Jeni is a jeweler and very familiar with gem stones, she is no geologist. The first stone she decided to drill was a striking brown mottled looking stone, just perfect for the design she was working on. Knowing sandstone was common in the area, she assumed it was such, later finding out it was actually quartzite, one of the hardest minerals. Jeni had to purchase a special diamond sintered drill bit designed for drilling stone when the carbide bits for masonry work didnt do the trick. The harder stones require about an hour of consistent drilling at a specific speed to drill down one inch. Although her first stone was much harder to work with, as are some others, Jeni feels that the artist process is worth the extra work. She would never compromise her vision for an easier approach.


The Artillery Petal collection allows Jeni to give free reign to her creativity. Each Petal is a one of a kind piece. Every artillery shell creates a different shape when curled back so the caliber used will impart its own style to the piece. With several designs completed Jeni still has an enless number of ideas for leaves and concepts. While Jeni has several calibers to choose from for her Artillery Petals, if you have your own brass artillery shell that you would like Jeni to use, from the 1940s or earlier, She would be happy to use it to craft a sculpture for you. 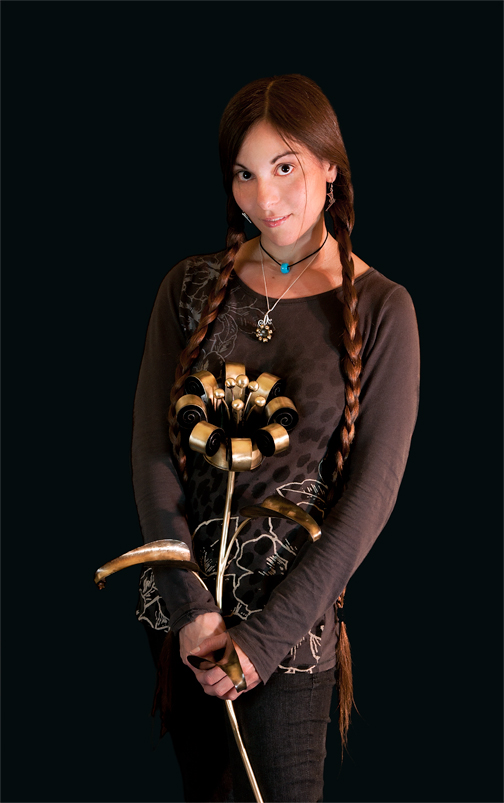 Scroll down to see my Artillery Petal Gallery 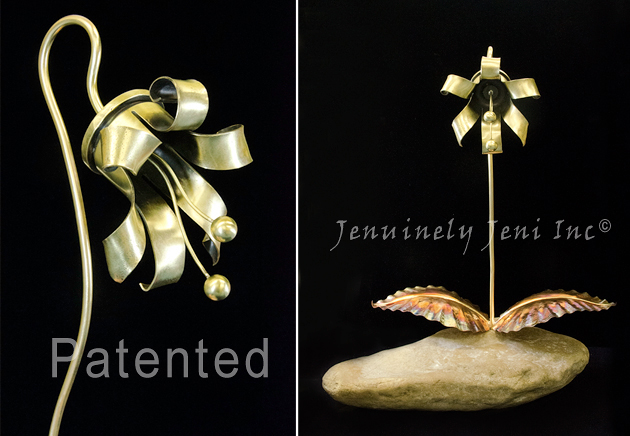 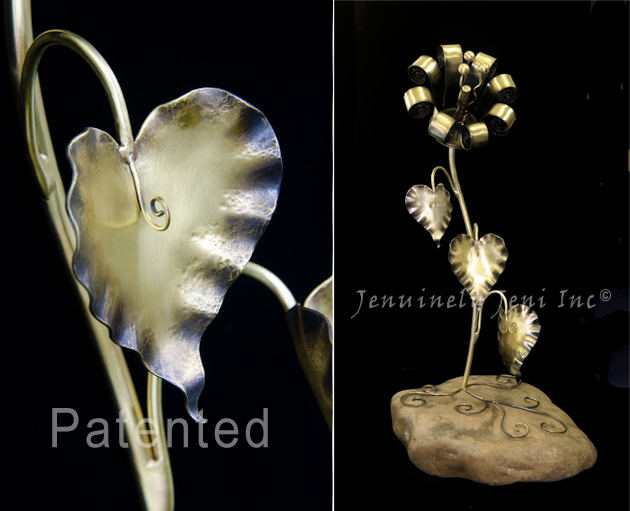 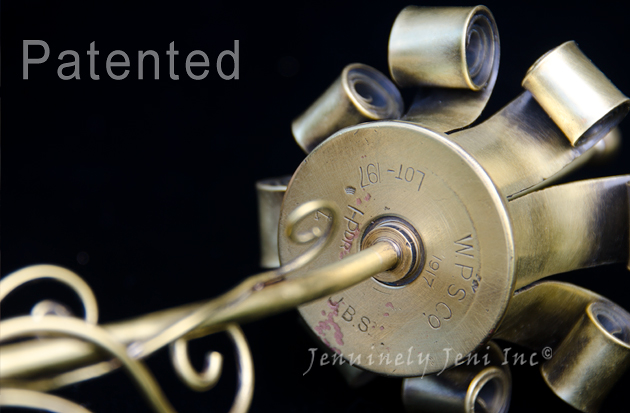