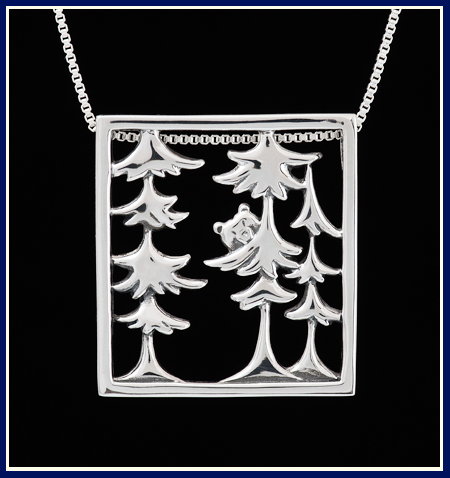 Jeni Benos crafted this sterling silver pendant to further explore the concept of creatures hiding in nature with a whimsical air. A bear is perched high, hidden away among the branches of a lofty pine tree. He's in his own secret world hidden from human perception. Few creatures may be spotted during a stroll through the forrest. however many silently witness those passing by. Peaking out from his lofty hiding place a bear surveys his surroundings.

A bear peaks out from behind a pine tree he has perched in, this whimsical sterling silver pendant has a contemporary open look- handcrafted by Jeni Benos