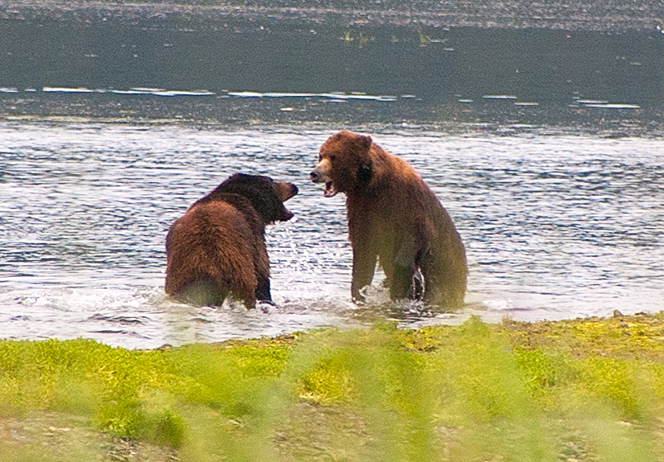 Wildlife photography involves quite a bit more than a thorough understanding of your camera and it’s various settings.   Sheer luck is certainly one aspect that can’t be denied. Opportunities arise where the conditions just aren’t conducive to shooting a high quality picture or in some cases the camera is sadly out of reach.

I think for many wildlife photographers these missed opportunities amount to some rare from of torture. However they are inevitable and the challenge presented by the art form is also the very thing that makes the successful shots so fulfilling.

For me witnessing the wonders of nature is always the most exciting when viewing them through the lens of my Nikon. It requires intense focus to concentrate on the numerous technical aspects of the art while trying to remain as discreet as possible to blend in with the environment. Approaching subjects is a delicate matter. A closer shot is always of greater quality, but there is a fine line between reaching an acceptable distance for your subject and your photo. All opportunity is lost when the bird or animal flees. In some cases safety is also a consideration particularly if the animals you are shooting or shooting among can potentially eat you.

One of the most important obstacles is naturally the amount of light present. There is a point in the evening when the light begins to fade and despite your best efforts to slow shutter speed, crank up the ISO and enlarge the aperture, that perfect picture remains just out of reach. Such was the case with a family of red foxes that occasionally wandered through a friend’s yard. These foxes did torment me! A family of four resided somewhere in the brush along the perimeter of her property or in close proximity to it. They were desensitized to her car to a great degree. However they would not venture out with the close presence of humans outside a vehicle. One evening after a day at the river we were pulling up her driveway. Only by coincidence I had my camera in hand with my 400mm lens. The sun was setting and dusk had begun to set in. The foxes were about and at play! Priceless moments took place where the kits wrestled and romped. At one point Momma fox groomed and kissed the smallest kit. There was even an X-rated moment between the two adults that caused me to put my camera down momentarily. Throughout their playful endeavors I shot, holding as still as possible with the heavy lens at somewhat awkward angles. While some would be content with the pictures I captured, my standards are quite high, perhaps too high at times. I strive for images near perfection that can be zoomed in to clearly see every detail of every whisker on their little faces. At 180,000 ISO with a shutter speed on the verge of being impossible without a tripod my best shots simply did not make the cut.

From that point forward on most trips to visit this friend I was sure to keep the camera close at hand but to no avail. One morning I had set out for her house in late morning around 11:00 am. I was in a hurry to get out the door and assumed the time of day was too late for a fox encounter. How wrong I was. As I was pulling off the dirt road into the end of her long driveway one made its appearance. A gorgeous fluffy red fox paused momentarily some twenty feet away from my car standing in the field under a beautiful bright ray of sunshine. It would have made a stunning photo had I taken the extra time to grab the Nikon. This fox was quite a tease!

I would say with certainty that every photographer and particularly those specializing in wildlife have countless stories similar in nature to my fox encounter. I know I have many more myself. There are several pictures I keep for the memories alone, as close as they were to being great shots. It is truly a blessing to witness some of these amazing moments in nature. Although we would all prefer to capture these extraordinary occurrences on film, it is important not to let that desire ruin appreciation for the experience. 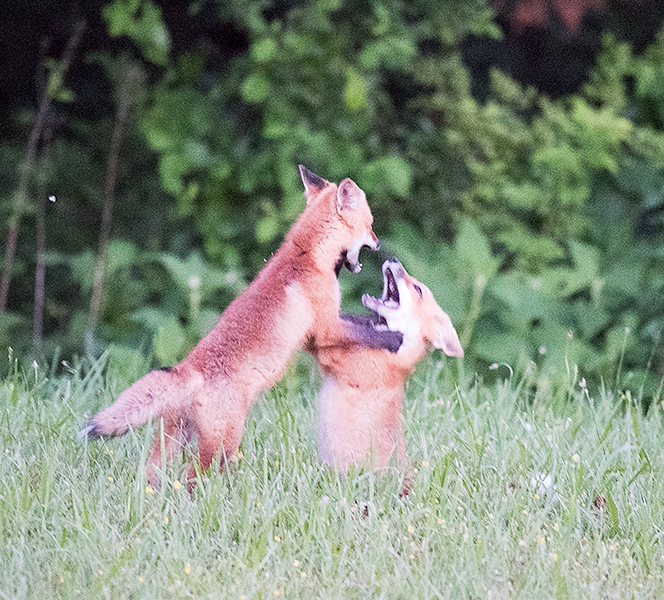