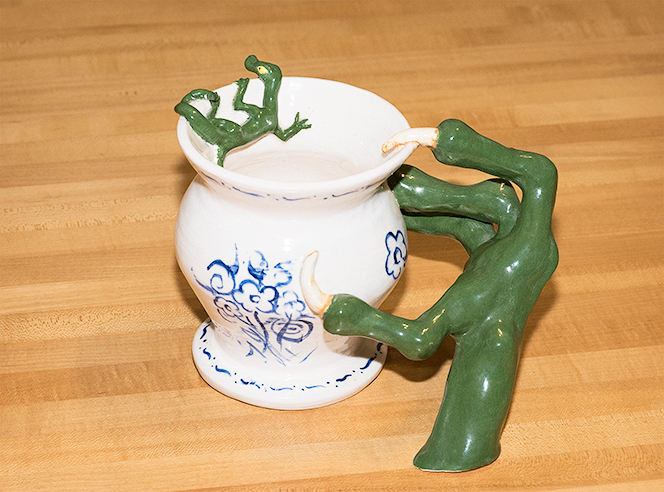 “How did you get started?” This is one of the questions that I hear the most while attending my various trade shows. So naturally it struck me as a great topic for a blog, or two as the case may be. My typical response to this inquiry starts with the fact that I have always been an artist. I do believe that everyone has their own unique skill sets and mine is the ability to create.

Artists often explore multiple mediums and I am no different. Personally I have always found three-dimensional mediums to be much easier than transposing our 3-D world into a flat rendering. I can, however, draw well enough from a photograph. In one of the art schools I attended though, this was not considered drawing. I undertook ceramics fairly early on and did plenty of throwing and numerous sculptural projects, many of which were, of course, horses. Clay is a wonderfully flexible medium, though the fragility of the finished projects could lead to some frustration. Especially considering highly detailed designs are even more susceptible to chipping or all together breaking.

I discovered metal in a high school art class. Our assignment was to create a sculpture of an animal with wire, chunks of plaster and pieces of burlap and cheesecloth. To add an extra touch, mine also included horsehair and horseshoes. Intending to create the framework for this somewhat skeletal sculpture I picked up a spool of steel wire and some needle nose pliers and immediately began making wire outlines of galloping horses with wild manes and tails. Although these were not in the style designated for the assigned project I made about three before returning to the task at hand. These initial wire “sketches” inspired several more. They soon became three-dimensional when my grandfather showed me how to solder them together simply with a soldering iron. My wire horses ultimately were awarded a gold key, for the highest honors, in a state wide scholastic art contest sponsored by the Boston Globe. More importantly though these wiry equines were the foundation for what would ultimately become my career many years later.

Enjoying the wire work and wishing to delve into more advanced processes, I enrolled in some jewelry making classes at a local art museum. Here I learned to solder with a torch, which is necessary with silver solder, as the melting point is much higher than that of tin. I also discovered techniques for fabrication and forming. Eventually I ended up at the Museum of Fine Arts School where I took numerous classes in fabrication and casting. The casting classes were of particular interest for me. They began with primitive casting methods, which included carving molds out of tofa stone, cuttlefish bone, and sand casting. Later, when I began carving wax models (it is the models that are later molded) something clicked for me. I immediately recognized the endless possibilities in design that lost wax casting provided. Not to mention, everything I enjoyed about clay as a medium I considered much improved in this new material, though far more meticulous owing to its smaller scale.

One of my first noteworthy projects was an appaloosa ring. The little horse sat on your finger with his legs wrapping around to form the band. After making and molding a rather rough rendition I cast a second. Our casting professor, who was wonderful, glanced at the second piece and said, “Great, now make this one perfect”. While the results of the second ring certainly wouldn’t qualify as perfect in my book today it was much improved and the process taught me a tremendous amount about finishing. After all, finishing and perfecting a model determines everything. When a piece looks close to completion it is realistically about a third of the way there. Striving for perfection is by far the most tedious and time-consuming part of any model.

Soon I combined my enthusiasm for astrology with my love of horses to create the Zodiac Ponies Collection. These twelve expressive ponies started what has now been a fourteen-year career. Starting the business will be the topic for my next article.